ER 24/7 in Lakeland, A Department of Brandon Regional Hospital

ER 24/7 in Lakeland, A Department of Brandon Regional Hospital

ER 24/7 in Plant City, A Department of Brandon Regional Hospital

ER 24/7 in Plant City, A Department of Brandon Regional Hospital

ER 24/7 in Riverview, A Department of Brandon Regional Hospital

ER 24/7 in Riverview, A Department of Brandon Regional Hospital

ER 24/7 in Temple Terrace, A Department of Brandon Regional Hospital

ER 24/7 in Temple Terrace, A Department of Brandon Regional Hospital

ER 24/7 in Wesley Chapel, A Department of Brandon Regional Hospital

ER 24/7 in Wesley Chapel, A Department of Brandon Regional Hospital 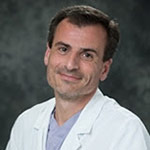 Dr. Baron is board certified in obstetrics and gynecology through the American College of Obstetrics and Gynecology. He is the Chair of the Department of OB/GYN for Brandon Regional Hospital. He has a special interest in laparoscopic surgery, pediatric and adolescent gynecology, and high-risk obstetrics.

Dr. Baron earned his medical degree from Emory University, School of Medicine. He completed his residency at Allegheny University of Health Sciences Hospital for Women in Philadelphia, Pennsylvania. During his residency, Dr. Baron served as Co-chief Administrative Resident for the Obstetrics and Gynecology Residency Program. 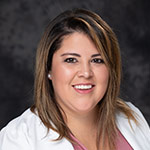 Dr. Alvarez received her Bachelor of Science degree from the University of Florida and went on to achieve her Doctor of Medicine from New York Medical College, where she was a four-year National Medical Fellowship scholarship recipient. During her residency in obstetrics and gynecology at Winnie Palmer Hospital for Women and Babies in Orlando, she was selected to serve as chief resident.

Dr. Alvarez has special interests in minimally invasive gynecology, high-risk obstetrics, infertility and adolescent gynecologic care, and she's certified to perform da Vinci robotic surgeries. Additionally, Dr. Alvarez was published in the _International Journal of Adolescent Medicine and Health _as a coauthor of research on barriers to adolescent contraception use and adherence. She also enjoys participating in international medical mission trips.

Dr. Alvarez is bilingual and is fluent in both English and Spanish. She has a passion for traveling the world with her husband. 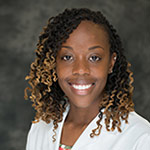 Dr. Lauren Davis received her undergraduate degree from Hampton University in Hampton, Virginia. She achieved her medical degree from Boston University School of Medicine in Boston, Massachusetts and completed her residency in obstetrics and gynecology at Bayfront Health in St. Petersburg, Florida.

Dr. Davis is a member of The American Congress of Obstetricians and Gynecologists (ACOG) and past junior fellow chair and vice chair for District 12, section 4. Dr. Davis has a special interest in adolescent gynecology and infertility. She enjoys volunteering and mentoring at risk adolescents. She has volunteered with the Alpha House of St. Petersburg and the Orlando Minority Youth Golf Association.

Dr. Davis is an avid golfer and enjoys traveling. 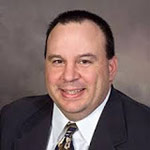 Dr. Greg Den Haese is board certified American Board of Obstetrics and Gynecology and a fellow of the American College of Obstetrics and Gynecology. He has a special interest in the areas of laparoscopic surgery, vaginal surgery and high risk obstetrics. Dr. Den Haese specializes in the da Vinci Surgical System and is a proctor for teaching other physicians how to use the robotics system and minimally invasive techniques in gynecology surgery.

Dr. Den Haese obtained a Ph.D. in molecular and cell biology in 1996 from Vanderbilt University. His research focused on Key Regulators of the cell cycle and their role in Cancer. He enrolled in Medical School at Vanderbilt University in 1997 and finished in the top third of his class with a medical degree in 2001. He traveled to Seattle for his residency and received his training at the University of Washington where he was Chief Resident.

Dr. Den Haese received recognition as one of America's Most Compassionate Doctors in 2009 and a Patients' Choice Award in 2008 and 2009. 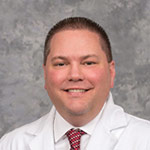 Born and raised in the Tampa area, Dr. Granger did his undergraduate training at the University of South Florida. He received his medical degree from St. George’s University of Medicine. While there, he was elected to the Iota Epsilon Alpha International Medical Honor Society as well as served as a resident assistant. He completed his residency at Eastern Virginia Medical School in 2007 receiving recognition for research.

Dr. Granger joined Women’s Care in November, 2009 and was awarded “The Best of Brandon 2012” in the category for physicians and surgeons. Dr. Granger is married and has 2 children. When not delivering babies, Dr. Granger enjoys being a dad, playing guitar and flying. 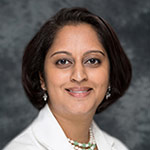 Dr. Kamath recently completed Fellowship training in Minimally Invasive Gynecological Surgery at Mayo Clinic Florida, Mayo School of Graduate Medical Education in Jacksonville, Florida. This fellowship is fully accredited through the American Association of Gynecologic Laparoscopists (AAGL). She graduated concurrently with a Masters in Public Health and a Medical Degree from Tulane University School of Medicine in New Orleans, Louisiana. She completed her residency at the University of Florida, College of Medicine in Jacksonville, Florida. Dr. Kamath believes in providing patients the benefits of minimally invasive gynecological procedures through expertise in hysteroscopic, robotic, laparoscopic and vaginal surgery. She also specializes in care for patients with endometriosis, pelvic pain, pelvic organ prolapsed and female urinary incontinence.

She recently relocated to the Tampa area with her husband and son. In her spare time Dr. Kamath enjoys drawing, painting, traveling, reading and spending time with family. 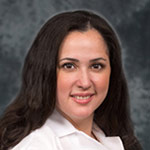 Dr. Jennifer Lopez Troy earned a Bachelor of Science in Biological Anthropology and Anatomy, a Bachelor of Arts in Women's Studies and a minor in Religion from Duke University in Durham, North Carolina. She subsequently earned her Medical Degree from Baylor College of Medicine where she remained to complete her residency.

Dr. Troy has a special interest in adolescent medicine and reproductive care. She is bilingual, speaking fluent Spanish. She has recently relocated to the Tampa area with her husband and daughter. In her spare time Dr. Troy enjoys traveling with her family, salsa dancing and exploring the many wonderful beaches of Florida. 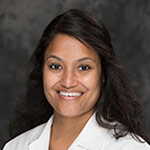 Dr. S. Nithya Nagella earned a Bachelor of Arts in neuroscience and behavior from Columbia University in New York, New York. She earned her Medical Degree from University of Florida, College of Medicine in Gainesville, Florida and completed her residency at University of Washington Medical Center in Seattle, Washington.

She recently moved back to the Tampa area, having been born and raised in St. Petersburg, Florida. Dr. Nagella received advanced training in Indian Classical Dance and in her free time enjoys cooking, reading fiction, jogging and playing sports. 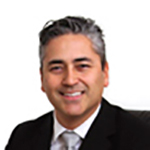 Dr. Sanchez graduated from the University of South Florida in 1991 with a Bachelor’s of Science in Biology. He subsequently attended the University of Florida College of Medicine, and graduated in 1995 with a Doctorate in Medicine. From 1995 to 1999 Dr. Sanchez performed his Internship and Residency at Bayfront Medical Center in St. Petersburg, Florida, where he received several honors and awards, including outstanding laparoscopic surgeon. Following his residency, Dr. Sanchez completed a fellowship in Reproductive Endocrinology and Infertility at the University of South Florida where he presently serves as an Instructor. 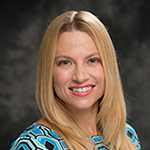 Dr. Jessica Stine is board certified by the American Congress of Obstetricians and Gynecologists. She is a distinguished member of the Society of Gynecologic Oncology. Dr. Stine received her undergraduate degree from Florida State University, graduating with high honors.

She went on to earn her Doctorate of Medicine degree from the University of Miami, Miller School of Medicine where she received the distinguished Joseph A. Decenzo award given to the medical student that displays the most promising future in Obstetrics and Gynecology. She completed her residency in Obstetrics and Gynecology at the University of Miami/Jackson Memorial Hospital where she served as Administrative Chief Resident.

Further pursuing her commitment to woman's health, Dr. Stine went on to train at one of the top Gynecologic Oncology Fellowship programs in the country at the University of North Carolina at Chapel Hill. While in fellowship, Dr. Stine developed a special interest in minimally invasive surgery, including DaVinci Robotic surgery. She is one of the few physicians in the country trained to perform a robotic radical trachelectomy as a fertility sparing surgery for cervical cancer. She also had a key role in developing policies for referral to palliative and hospice care at UNC. While at UNC she was honored with several awards for excellence in research.

In her spare time, Dr. Stine has committed herself to a healthy lifestyle. She is a health and fitness coach and enjoys cooking delicious healthy meals for her family. She enjoys spending quality time with her husband who is an OB/GYN with Women’s Care Florida, her son Michael, and their dog, Skyy. 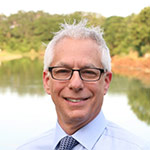 Dr. Zweibach is recognized as one of America’s top Obstetricians and Gynecologists. Dr. Zweibach graduated from the University of Miami School of Medicine. He completed his Ob/Gyn residency at Jackson Memorial Hospital in Miami, Fl. He focuses on solving difficult bleeding, pain and urinary problems. His specialties include minimally invasive and robotic surgery, cosmetic gynecology, pediatric gynecology and high and low risk obstetrics. He is a Pioneer in Outpatient Hysterectomy. His special interests are in Advanced Pelvic/Laparoscopic Surgery, Cosmetic Vaginal Surgery / Labiaplasty, pelvic Relaxation Surgery/Bladder Repair, DaVinci Robotic Surgery, and Pediatric Gynecology.